Each year the two Ojai Rotary Clubs solicit nominations from the community for their "Living Treasures" awards.
Six nominees are selected from the list of community members nominated.

In 2014 both Linda and Jon were honored as
"Living Treasures of Ojai". 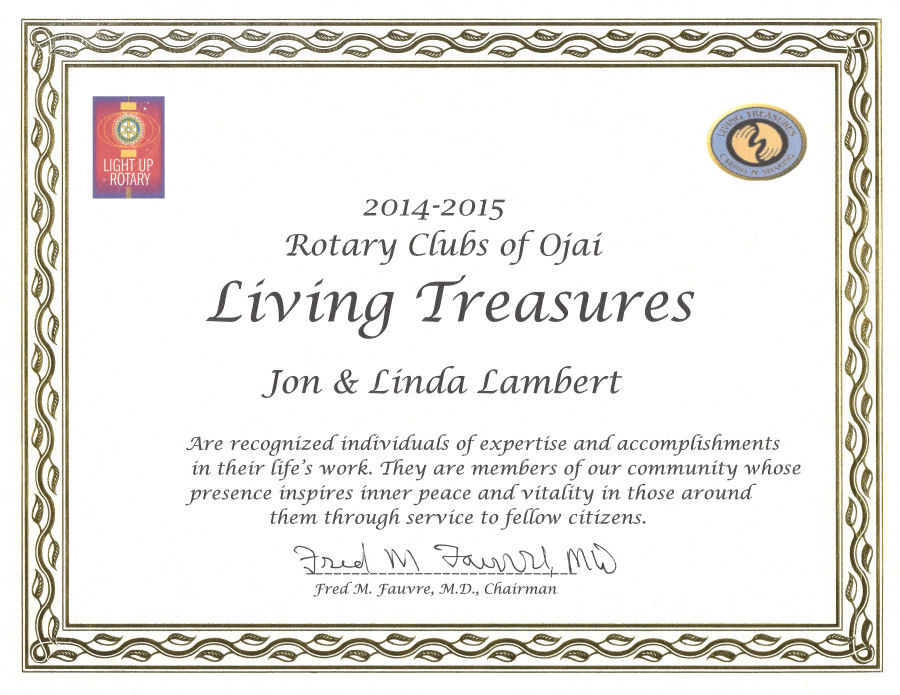 The honor requires that we be available to speak to groups, that we ride in Ojai's Fourth of July Parade,
and that we be present to honor the 2015 Living Treasures at the award ceremony.